Agoraphonie is a dance installation in public space, that reflects on the city as a place of permanent spatial negotiation. The focus is on the relationship between sound and body. The four dancers, equipped with megaphones, cast a perspective on sound that doesn’t regard it as an fleeting aesthetic phenomena and a matter of hearing alone. Rather, they engage with the noise of the city as a relational force, a mass of pressure waves that are produced by mechanic and organic, human and animal, living and non-living actors to vibrate matter, deform surroundings, occupy space, make bodies proliferate and make themselves heard. What does it mean to listen with the body and what forms of negotiation does this allow? To what extent are the political struggles for space reflected and played out in the sounds of the city?
In ancient Greece, the agora was the central festival, assembly and marketplace of a city. As a venue for religious festivities and a place for popular and judicial assemblies, the agora functioned as a central hub for the negotiations of public life. Agoraphony is an attempt to produce temporary places with the means of dance and music on four squares in Vienna, which allow a different perspective on the urban soundscape. 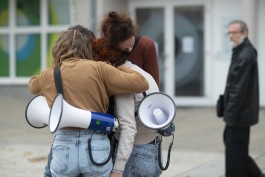 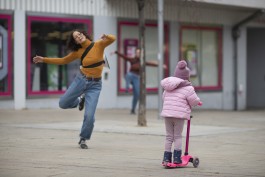 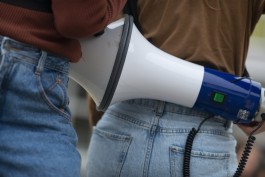